Meet our optometric teams in Sugar Land and Houston, Texas. We offer a full range of eye health services to clients of all ages - all with personalized attention and a smile. In our eye care office, every patient is treated warmly. Individualized attention is the foundation of our care, to ensure that your eyes remain healthy. We're dedicated to optimizing your vision!

Meet Our Optometrists Near You 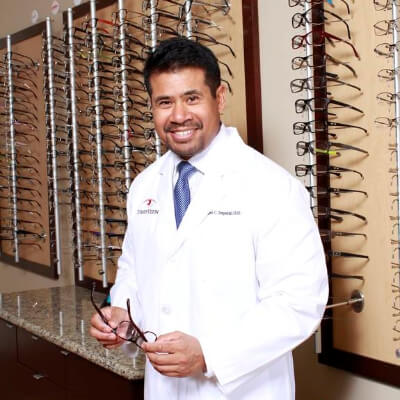 Sidney C. Imperial, OD earned his Bachelor of Science degree in Biology and Psychology from Houston Baptist University and his Doctor of Optometry from the Inter American University of Puerto Rico. Dr. Imperial went on to complete a post graduate residency program in ocular disease at the Amarillo VA Medical Center in affiliation with Northeastern State University School of Optometry in Tahlequah, Oklahoma. Following his residency, Dr. Imperial has practiced with leading ophthalmologists in Albuquerque, New Mexico, Dallas, and Houston where he specialized in cataract and vision correction surgery co-management and the treatment of eye disease. From managing over thousands of laser vision correction cases, Dr. Imperial has a keen interest in treating dry eyes. As an optometric glaucoma specialist, Dr. Imperial has an extensive experience in the evaluation and treatment of glaucoma.

Dr. Imperial is fluent in Spanish. 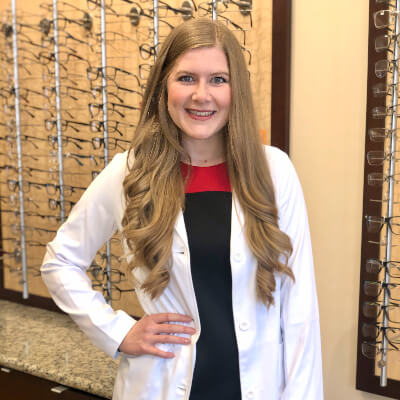 Dr. Savannah Dodds is from Pasadena, Texas and formerly attended Stephen F. Austin State University, graduated Magna Cum Laude with a Bachelors of Business Administration. She also attended the University Of Houston College Of Optometry. Dr. Dodds has worn glasses since the second grade, she knows the impact it made on her life, giving her the passion to want to help enhance others vision. Dr. Dodds professional interests include primary and medical eye care, fitting contacts, geriatrics and pediatrics. Outside of the office, Dr. Dodds thoroughly enjoys traveling to all of the national parks, hiking, camping and spending time outside...
Read More

The team at Today's Vision Sugar Land aims to provide the best possible solution for the patient's eye health and vision needs. By utilizing the latest technologies and evidence-based treatments, we can ensure that each patient maintains optimal eye health.

We welcome new patients and accept most major forms of insurance.